A welcoming community of believers!

‘Christ through the Holy Spirit makes himself available as the Lamb of God to be consumed continuously. That’s the whole point of the Resurrection, incidentally. The Holy Spirit raises up that body and glorifies it so supernaturally that the body and blood which is glorified may be internationally distributed through the elders and priests of the Church so that all of God’s children can be bound back to the Father in the New Covenant sacrifice of Christ. He didn’t die again. He’s not bleeding and he’s not suffering. He’s reigning in glory and giving us his own flesh and blood.

Where do you get that? From the Old Testament — the manna, the Passover, the sacrifice as it’s described on Calvary as it’s initiated in the Upper Room and as he states right here in verse 51. “If anyone eats of this bread, he will live forever and the bread which I shall give for the life of the world is my flesh.” Jews stop, wait a second. Hold the phone. “John, what do you mean ‘my flesh?'” Verse 52, “The Jews then disputed among themselves saying, ‘How can this man give us his flesh to eat?'” Cannibalism, paganism, barbarism, sin in the highest degree.

So did Jesus say to them, “I didn’t mean it, guys. I was just kind of, you know, using hyperbole or metaphor.” No. He actually intensifies the scandal. He actually raises the obstacle even higher. “He said to them, ‘Truly, truly, I say to you unless you eat the flesh of the son of man and drink his blood,’ which Leviticus condemns, the drinking of blood, ‘unless you eat my flesh and drink my blood, you have no life in you. He who eats my flesh and drinks my blood has eternal life and I will raise him up on the last day. For my flesh is food indeed and my blood is drink indeed. He who eats my flesh and drinks my blood abides in me and I in him.”‘
— Scott Hahn —

Sin is rebellion against God.

CCC 1849 “Sin is an offense against reason, truth, and right conscience; it is failure in genuine love for God and neighbor caused by a perverse attachment to certain goods.”

CCC 1850 “Sin sets itself against God’s love for us and turns our hearts away from it. … Sin is thus love of oneself even to contempt of God.”

The Four Essential Elements of a Sin

St. Paul explained sin: Rom 5:12-14 “Therefore as sin came into the world through one man and death through sin, and so death spread to all men because all men sinned – sin indeed was in the world before the law was given, but sin is not counted where there is no law. Yet death reigned from Adam to Moses, even over those whose sins were not like the transgression of Adam.”

The original sin came into the world through Adam.

There are seven capital sins and they are pride, avarice, envy, wrath, lust, gluttony and sloth. All the sins we commit are said to flow from these seven deadly sins.

Lent is a season of soul-searching and repentance. It is a season for reflection and taking stock. Lent originated in the very earliest days of the Church as a preparatory time for Easter, when the faithful rededicated themselves and when converts were instructed in the faith and prepared for baptism. By observing the forty days of Lent, the individual Christian imitates Jesus’ withdrawal into the wilderness for forty days. All churches that have a continuous history extending before AD 1500 observe Lent. The ancient church that wrote, collected, canonized, and propagated the New Testament also observed Lent, believing it to be a commandment from the apostles. (See The Apostolic Constitutions, Book V, Section III.)

Lent is a forty-day period before Easter. It begins on Ash Wednesday. We skip Sundays when we count the forty days, because Sundays commemorate the Resurrection. Lent begins on 22 February 2012 and ends on 07 March 2012, which is the day before Easter.

We invite you to come confess, repent, reflect, hear the Gospel proclaimed, worship God in the beauty of Holiness and journey with us through this season of Lent each Sunday. 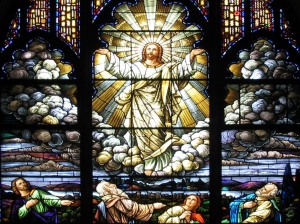 the Most Holy Trinity in the beauty of holiness.

Wednesday 6:30 p.m. for Prayer and Study

The Solemnity of the Most Holy Body and Blood of Christ is also known as the Solemnity of Corpus Christi, which translates from Latin to “Body of Christ.” This feast originated in France in the mid-thirteenth century and was extended to the whole Church by Pope Urban IV in 1264. This feast is celebrated on the Thursday following the Trinity Sunday or, as in the USA, on the Sunday following that feast.This feast calls us to focus on two manifestations of the Body of Christ, the Holy Eucharist and the Church. The primary purpose of this feast is to focus our attention on the Eucharist. The opening prayer at Mass calls our attention to Jesus’ suffering and death and our worship of Him, especially in the Eucharist. At every Mass our attention is called to the Eucharist and the Real Presence of Christ in it. The secondary focus of this feast is upon the Body of Christ as it is present in the Church. The Church is called the Body of Christ because of the intimate communion which Jesus shares with his disciples. He expresses this in the gospels by using the metaphor of a body in which He is the head. This image helps keep in focus both the unity and the diversity of the Church.The Feast of Corpus Christi is commonly used as an opportunity for public Eucharistic processions, which serves as a sign of common faith and adoration. Our worship of Jesus in His Body and Blood calls us to offer to God our Father a pledge of undivided love and an offering of ourselves to the service of others.

2 Corinthians 5:20
Now then, we are ambassadors for Christ, as though God were pleading through us:

we implore you on Christ’s behalf, be reconciled to God. 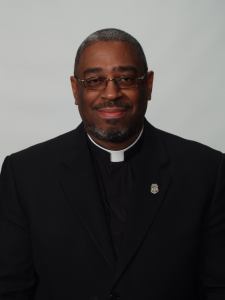